WHY WE STILL LOVE ANNA DELVEY! 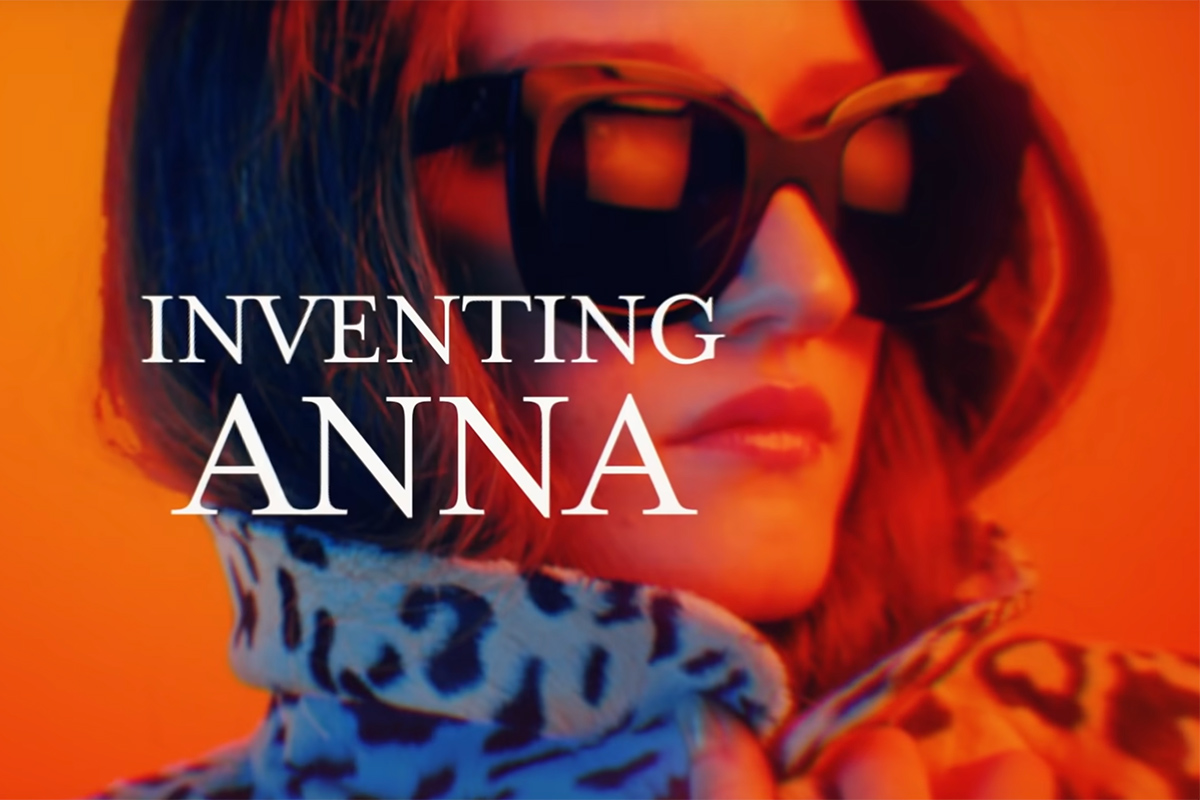 When I first binge-watched nine episodes of “Inventing Anna” on Netflix a few weeks ago, I was appalled by the little sociopathic girl with the over-sized glasses, the crooked smile and that grating voice that reminded me of a broken fourth wheel on a broken grocery store cart; “You’re such a disappointment.”

Then my wife began roaming around the house, about a week ago, giggling to herself as she played a clip from Julia Garner portraying Anna Delvey in “Inventing Anna,” and when I asked her what was up, she gleefully declared. “I love Anna Delvey!”

She said, “Just listen to this, “’Don’t be selfish, entertain me, who’s been hurting your little baby feelings and why?’”

And we both exploded in laughter, and I realized it was not Anna Delvey, a.k.a. Anna Sorkin, my wife was in love with, but Julia Garner’s portrayal of Delvey.

Apparently, the rest of America agreed with my wife’s new-found pet, as “Saturday Night Live” proved when they premiered their funniest clip of this season, “Inventing Chloe” on March 5th, 2022 with cast member Chloe Fineman suddenly adopting Julia Garner’s portrayal of Anna Delvey when she wants a sandwich. Chloe Fineman asks another SNL cast member, Andrew Dismukes, “Hey Andrew, where did you get that sandwich?”

But Andrew makes a sympathetic face and coos, “Oh, this was actually the last one…”

Chloe Fineman, who was watching “Inventing Anna” backstage, has an epiphany, and thinking, “Anna always gets what she wants,” she transforms into Julia Garner as Anna Delvey spitting out, “That’s actually my sandwich … My sandwich is in your mouth. Give me my sandwich.”

And it works– Andrew gives her his sandwich.

I mean, who wouldn’t want to go through life making demands, insulting people, sunning ourselves on a yacht in Ibiza, or cavorting in the best disco in Morocco, while wearing expensive clothes and getting whatever we want—without paying for the consequences of our actions?

It’s a nice fantasy, but I don’t think it would work in real life, unless you had that voice.

The voice is everything—a super confident mix of Russian-German-English that actress Julia Garner told Netflix’s Tudum publication “[Anna] is very gifted in languages and dialects that she convinced people that she was from Germany. First, I had to learn a German accent. German is very much like a vocal fry at the end of everything. Then I had to incorporate Russian. Russian, anything that’s an ‘oool’ sound comes out very subtly. Then she learns English. People in Europe learn English in the British way. And then she comes to America, and the musicality is not European. So she speaks like an American, and, in America, people end every sentence with a question mark? That’s what she picked up here, really? What about you? Are you happy?”

The real Anna Delvey, or Anna Sorkin, found Julia Garner’s portrayal of her mixed, telling the Insider, “I don’t think it’s off. I think she kind of falls in and out of it. Some of it she gets right — but not everything.” What do you expect from the Queen Bitch herself? Five Stars? “I’m surrounded by a bunch of amateurs!”

“I was like, ‘What is her accent?’ Julia Garner told IndieWire, “I didn’t even know what her accent was….”

Whatever the nucleus for Julia Garner’s imitation of Anna Delvey’s accent, I think the real reason it moved millions around the world is because we recognize the voice as being that annoying little utterance in all our heads, when we screw something up.

“Maybe you’ll learn how to be smart like me. I doubt it, but you can dream.”

It’s the unconscious speaking to us. I have had a few friends with mental issues who heard voices in their heads telling them what to do, or that they were shit; unworthy of the rewards they were receiving, and I was always curious what those voices sounded like?

Were they the individual’s own voice? Was it a dark and scary voice like Darth Vader? Was it their mother’s and father’s voices? What did it sound like?

Unfortunately, none of my unbalanced friends could ever articulate the answer to my question.

After watching “Inventing Anna,” I now know the answer; the voice sounds like Julia Garner impersonating Anna Delvey, which surely means we are all on the road to madness.

Except that Julia Garner impersonating Anna Delvey’s voice, unlike the voices in our heads– fights back!

“I enjoyed the mind games for a while, but once I figured him out, I got bored.”

“What are you wearing? You look puuuor.”

“Money is not an issue for me.”

“My father buys whatever I tell him to, and someday it will all go to me.”

“So many shops, such little time.”

“Maybe it would help the both of us going forward if you stop thinking about me like everyone else.”

“Like, I don’t have to be friends with everyone.”

“People squat in fields every day.”

“Your money is coming– why couldn’t you just listen!”

“My father will be very unhappy that I was treated this way.”

“You have several forms of payment. This is your problem, not ours.

“You think that there was some evolution, like in the movies or whatever, but I was always who I am.”

“Who am I? This club, this foundation, will be who I am, what I am. I have to build this so artists and people like me finally have a home, somewhere safe– a place where they belong, a place where I belong.”

“When you’re out of new ideas, make your old ideas bigger.”

“I’m a serious person and you make me sound like I made everything up. Like I’m some liar.”

“My only mistake was to overestimate people’s ability to handle stress.”

And my favorite: “You want compliments? No, you did a good job, it’s just… I guess I thought you were, like, a real journalist.”

Next time you’re feeling down and useless because some boss, or partner, or someone in line at Starbucks snaps at you, maybe you should take a page out of Saturday Night Live’s “Inventing Chloe,” when Kate McKinnon tells Chloe Fineman, “Chloe, I can’t help but notice you’ve been Delveying everyone today….”

A new word? Yes, “Delveying,” it’s in my personal slang dictionary, delveying (adverb) To act in a way that gets you what you want, or prison. “We were delveying all over town, and I came home with, like, twenty pairs of Manolo Blahnik shoes, and a Hermes handbag, so top that you broke-ass bitches!

But what does the real Anna Sorokin, a.k.a. Anna Delvey, say about all this new-found adoration? She told Alex Cooper on the podcast, “Call Your Daddy,” (Who dreamed up that podcast name?) “I think I’m just the same I am with you. I don’t know. There’s no other mode. I’m not a performer.” Yeah, right.

So the next time you’re ready to throw in the towel, it’s time to find your inner Anna Delvey and start “Delveying” about town, and see where it gets you. Hopefully you won’t wind up in jail!

As Kate McKinnon reminds us all, “The real Delvey is inside of you!”

INTRODUCTION TO MY COURSE:
ZEN AND THE ART OF THE NARRATIVE ORAL HISTORY

Too long has the Oral History format been thought of as the bastard child of literature; assumed to be a “cut and paste” job for hack writers looking to make an easy buck. In other words, the bottom of the prose barrel. But when the art of the narrative oral history is mastered, it can transform the written spoken word by primary subjects—people who were in the room when the event occurred—into actually experiencing the event being described, with all the human emotion, even more so than the traditional omnipotent narrator.