Remember the line in the David Ayer film “End of Watch” about the four food groups of crime? That line resonated with me, because it’s funny and true. The drug dealer is definitely one staple of major crime food groups. I was always looking for huge drug dealer clients and drug user clients alike. What I was not looking for was a client who committed crimes against unknowing people. But polluting your own body with illegal narcotics was A-OK by me. The drug user client as opposed to the junkie, could be super functional, responsible enough and cash ready. And as far as the hideous drug dealer goes, again better than armed robbers, murderers or even worse, taggers.  I reminded myself throughout my career that my job wasn’t to judge; my job was to get people out of jail and insure their appearance in court.

Some clients came and went efficiently and some lingered around for years like this one. This client was a speed dealer — maybe he dealt some cocaine as well. He was a conspicuously tall and exceedingly skinny man. The kind of skinny that made you stop and wonder. You wonder, is he sick? Does he eat?  Maybe it was just how tall he was, but regardless, he wasn’t so easy on the eyes and stood out like a sore thumb anywhere he was. On this particular night I was walking around a nighttime event introducing myself, handing out my business card and flyer to everyone. This was something I did many times a week. I faced plenty of rejection and cold shoulders, but I was received with a smile twice as much as I was ever rejected, and that’s what kept me going. I developed a thick skin and someone being mean to me was nothing. I just moved on to the next group of people.

The next group of people I encountered was the super-tall stretched-out guy and his entourage. As awkward looking as he was, he had tough guys and pretty girls all around him. Pretty obvious to me what he did for a living without having to ask. When I handed him my flyer, he and his good-time buddies acted as if I was handing out cartons of cigarettes. I hit the jackpot! Doing this over and over, “boots on the ground” as I called it, was working like a charm.

Soon and sure enough “Mr. Stretch” needed me for bail. First it was driving on a suspended, then it was possession of an illegal weapon, then he finally graduated to drug possession. Bingo! I knew it! My gut instinct was spot on. He got busted with a healthy amount of “white powder substance.”

By now, Mr. Stretch had become a good client and thought he had me on some sort of quasi retainer. Of course, in reality, he did not. That would be highly unorthodox. In the eyes of the law that would mean he was aware of crimes he would be committing in the future, and acknowledged that he would need bail for these crimes.

My client now had three active criminal cases going simultaneously. Although none came with a life sentence, I knew he was overwhelmed and underprepared. Like clockwork he asked if he could owe me a few grand because he needed fifteen thousand for his attorney. I agreed. I most definitely wanted my clients to retain private counsel. That’s the stuff that helped me sleep at night.

After a few weeks of letting my client catch up with his finances, I started to call and bug for my payment. This was the part of my job that I highly disliked but had zero qualms doing. I called and I called. Not too long after calling twice I got a callback. This was cool by me, and I took his call with a friendly attitude. Mr. Stretch was clearly using his own product on this night. Something I hadn’t heard in his voice before. He sounded nervous as hell and said he was “laying low” and needed more time. 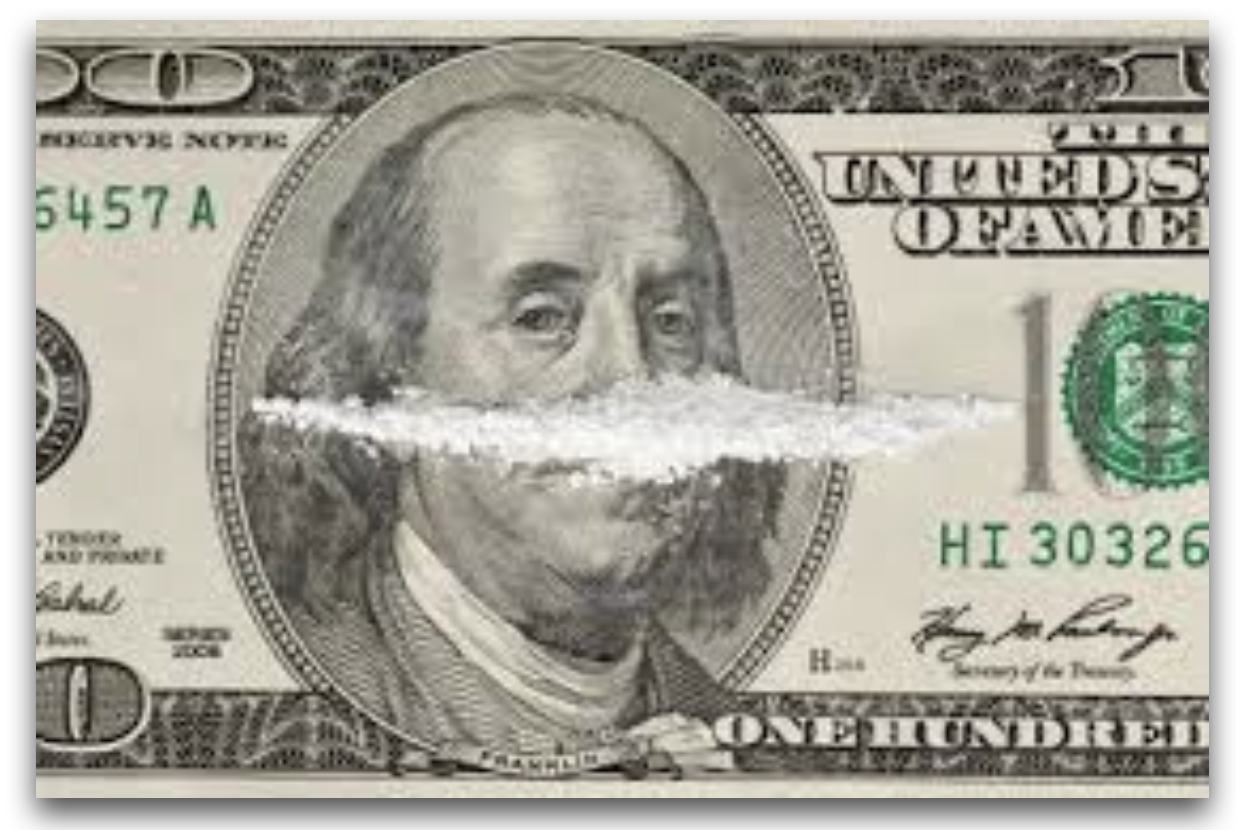 So far, Mr. Stretch had been pretty reliable, took care of business, and made his court dates. Even so, I wasn’t very eager to allow more time.

“Listen, give me a couple hours, Raquel, and I’ll have the money for you.”

Mr. Stretch dealt drugs out of his home. I will never understand this, but he did. He lived in a gang-infested part of the city and on a cul-de-sac. He once told me “Once you’re in, you’re only getting out if I let you out.” I remembered that when he texted me asking if I could come to his house to pick up the money he owed me. He had enough exposure to being sentenced to at least three-to-five years, and that was my motivation to go. If I didn’t get my money now, I might never get paid, and he owed me a nice chunk of change.

I called my friend and retired sheriff to come with me for safety. She agreed. She was always carrying an automatic weapon and her badge. We decided to have dinner and a couple of cocktails to kill the time waiting for Mr. Stretch to call. In retrospect, this was not the best decision. During our dinner the final text came. I was able to go pick up my money, and she and I devised our simple plan.

Now, keep in mind, I didn’t live in fear of my clients, and I wasn’t necessarily frightened of Mr. Stretch, but he owed me thousands of dollars and Mr. Stretch was about to do a stretch. I had to always think in terms of safety. I didn’t know what to expect at his drug pad. But I remembered he sounded different when I spoke with him, and desperate people make desperate moves.

The plan was my good old trusty five-minute plan. I go in, and if I don’t text or call in five minutes, send the troops. I felt safe knowing my trained locked-and-loaded friend was there with me. We smiled at each other as I got out of the car.

What I saw next was as surreal as it sounds. A very young girl let me into a house covered in white lace and pink crochet doilies. I walked into the most frilly fluffy rose-scented home you could imagine. There was plastic lining on a light pink carpet designating where to walk. There were plastic roses that lit up like glow worms in colored glass vases. There were collectable dolls in frilly lace dresses staring at me from shelves lining the walls. I stood there in amazement. This drug dealer lived with his MOM!

I was led down a dimly-lit, Lysol-scented, plastic-lined hallway and to the door that led to the basement. I could smell the cold cement as I walked down the narrow steps. At the bottom was a large square room with no windows. Also, with no cell service!

Mr. Stretch was sitting at a table that looked disproportionate compared to him, small and low with a pile of white powdery substance on a mirror in front of him. He had a barely legal girl in shorts folding his clothes in one corner of the room, and another PYT ironing money on an ironing board in another. Honestly, I don’t remember what she was wearing, it all seemed surreal at the time, and I remember thinking — Is that MY money she’s ironing? Or just random money?

Like I had suspected, my client was using his own product, he was babbling, and I was trying to get a signal, get paid, and get the hell out of there! 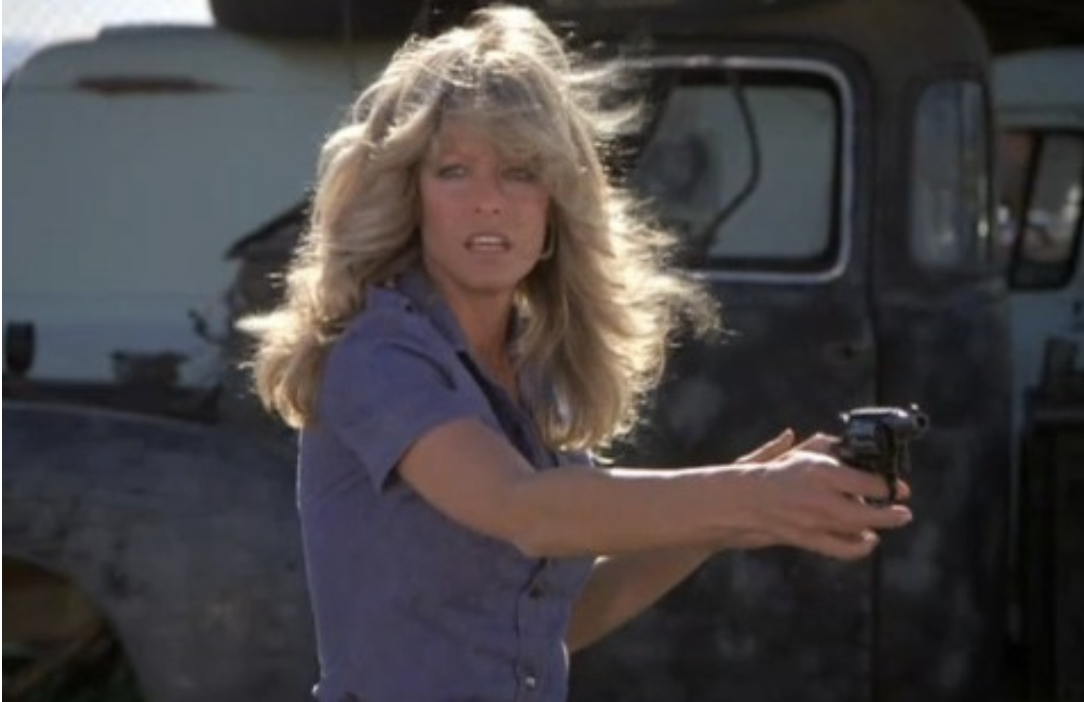 I knew more than five minutes had gone by and I was getting really nervous. It was my money she was ironing, and she wasn’t quite finished. Mr. Stretch loved showing off his girls, dope and money. Little did he know, outside his house at that very moment he had a buzzed retired sheriff, locked and loaded, scaling the walls of his house.

Little did I know, he had been watching her on a hardwired camera. Within the minutes I was there, Mr. Stretch said, “Raquel, who’d you come with?” I said, “My private investigator. We just came from dinner.”

He swiveled a monitor and showed me the video. My sheriff friend was apparently freaking out and had been knocking on the front door, looking in windows, going around the side of the house, peeking over walls, ducking for neighbors not to see, all trying to get to me. We died laughing as we watched. It was like watching a live cartoon. There was a sense of disbelief, but no sense of fear. Mr. Stretch and his mommy’s rose-scented house had become an incredibly funny circumstance.

He finally sent one of his babes to let my sheriff friend inside the house. She was led down the same damp basement steps just as I was, and Mr. Stretch apparently cared less who witnessed his drug dealing crime scene. He even offered us a “bump, or a line.” My friend was out of breath and in disbelief at what she was seeing. I looked at her with stressed out jazz hands and said, “No service!” I apologized for worrying her while doing my best to keep a straight face.

I was paid in full that night. For days, my retired sheriff friend and I continued to laugh hysterically at our experience. I relentlessly imitated her scaling the walls holding her gun to the sky with prayer hands like Charlie’s Angels down the office halls. My friend explained to me all the crazy scenarios that were playing out in her head. I would listen and imagine with her and die laughing.

Over the months this client’s criminal career had snowballed right before my eyes from a local drug dealer to member of a criminal organization. His three state cases were thrown to the wayside and a federal RICO indictment took over everything in his life. He ended up on the run for years and on the Feds’ most wanted list.  I was never worried about him not being found. Anyone that tall and skinny would never go unnoticed. Rumor has it he gained massive amounts of weight to disguise himself. Eventually he was caught or may have turned himself in, did his time, was released back into society and now lives a somewhat normal life. 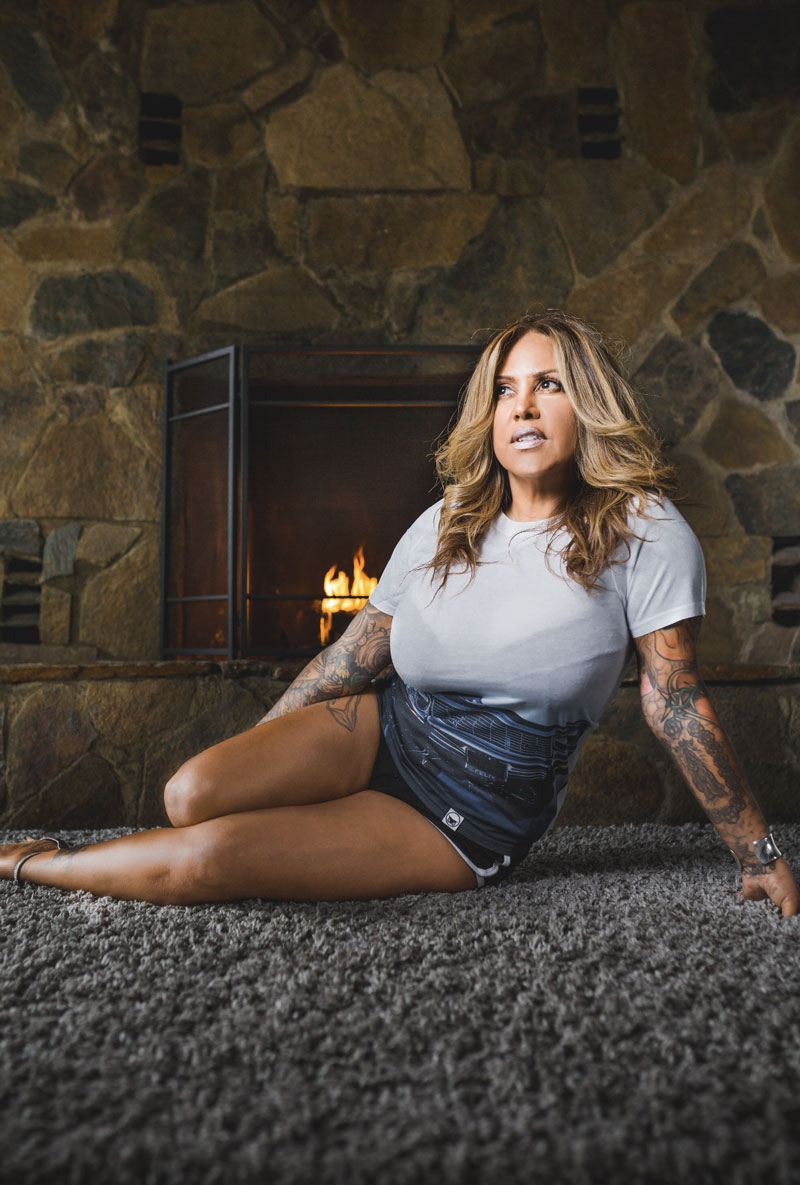