BACKSTAGE AT CAFE NINE: A PLAY IN ONE ACT, STARRING ROBERT GORDON

Originally Published on PleaseKillMe.com on July 25, 2018

Robert Gordon: Rockabilly singer, the closest voice to Elvis Presley, according to Amy Haben. Former lead singer with the Tuff Darts, before he went solo and partnered first with guitarist Link Wray (“Rumble”), and then Chris Spedding. 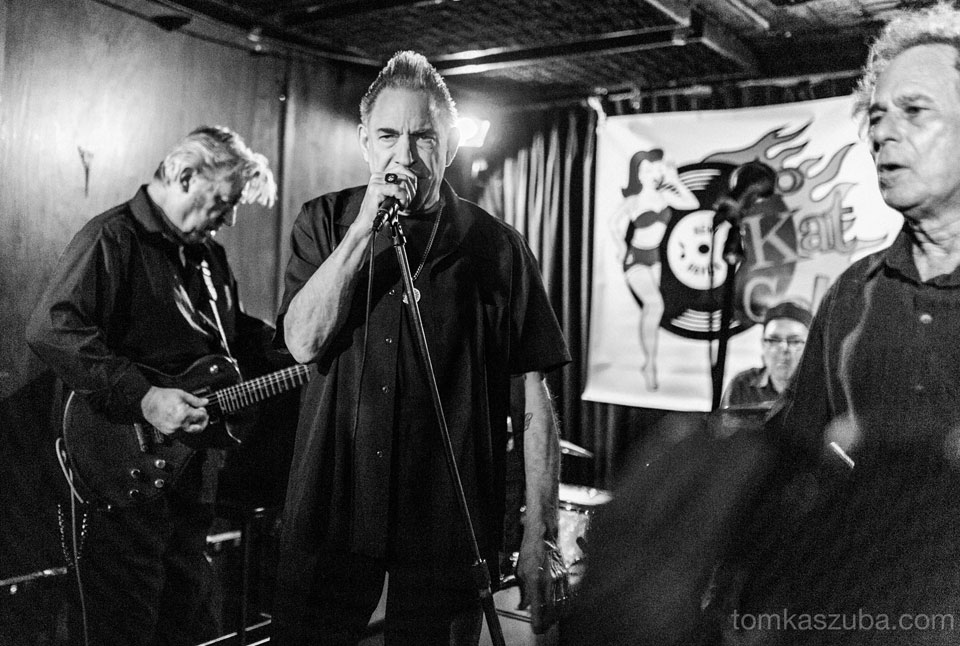 Legs: I’ve been friends with Robert Gordon ever since I directed him in The Legend of Nick Detroit for Punk magazine Number Six. Nick Detroit was a fumetti, a kind of movie on paper starring Richard Hell and Debbie Harry, as well as the Talking Heads, Bob Quine, Anya Phillips, Lenny Kaye, David Johansen, Cyrinda Foxe and among many others, the Tuff Darts, who featured Robert Gordon as the lead singer. The Tuff Darts were okay, but not the best format for Robert Gordon to feature his rockabilly roots, so we were all excited when Robert quit the band to pursue a solo career a few months after Nick Detroit hit the newstands.

Teaming up with record producer, Richard Gottehrer, Robert suggested working with Link Wray, who was contacted and quickly agreed to join Robert’s new band. As Link Wray said of his new frontman, “Robert, to me, sounds a lot like the early Elvis, back when he was at Sun Records.”

In 1977, Private Stock released Robert’s first solo album, Robert Gordon with Link Wray and launched the rockabilly revival, years before anyone heard of the Cramps or the Stray Cats. 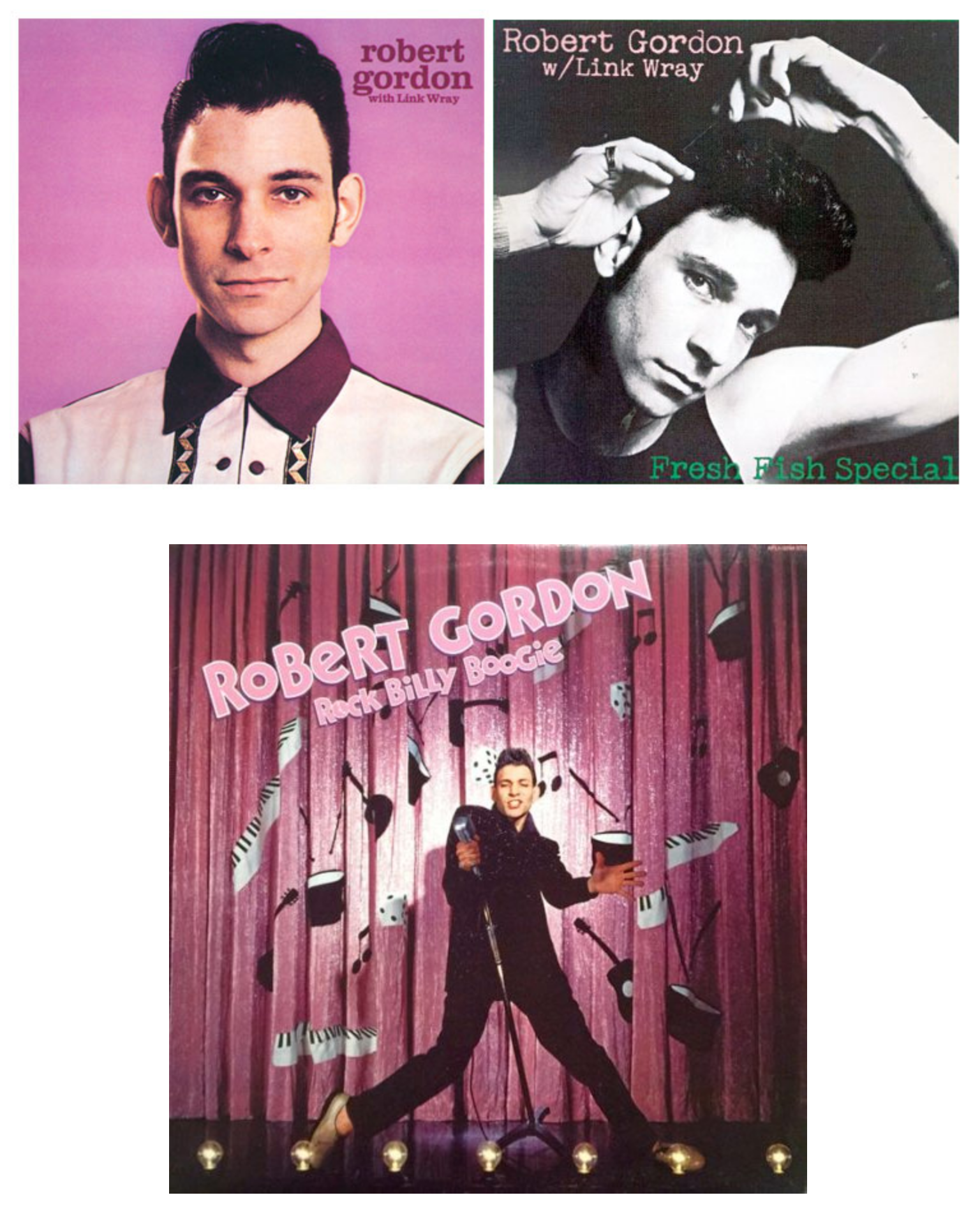 Robert’s first RCA album, Rock Billy Boogie, was released in 1979, with Chris Spedding taking over the lead guitar slot. Two more RCA albums followed: Bad Boy (1980) and Are You Gonna Be the One (1981), the latter featuring Danny Gatton on guitar and the single “Someday Someway,” written by Marshall Crenshaw.

Our drama starts when me and Amy Haben enter the backstage door. It’s a small room in the bowels of Cafe Nine in New Haven, Connecticut.

Robert Gordon is in the way back as the spotlight hits him.

Amy and I take seats on the couch.

Legs: How are ya, buddy?

Legs: You are. Do you know Amy Haben? She works with our Please Kill Me website …

Legs: Do you want to sit here, Chris?

Chris Spedding: No, uh, I was in the middle of doing something …

Robert Gordon: What can we talk about, Legs?

Legs: What do you want to talk about? Haircuts in the parking lot of Toad’s Place?

Robert Gordon: Did we do that?

Legs: It was always in Rock Scene!

Legs: You were always in Rock Scene….

Robert Gordon: And David Johansen was always stickin’ his face in front of me too. That motherfucker!

Legs: Why aren’t you in Vegas opening for the Stray Cats?

Robert Gordon: I was the headliner two nights before they played at Viva Las – this last Viva. And of course Jerry Lee Lewis was there too.

Legs: Did you talk to Jerry Lee?

Robert Gordon: I didn’t, but you know what? I met Jerry Lee back in the day, at the Troubadour. And we became sorta tight because his road manager, J.W. Whitten, introduced us. And he would come to our shows and stuff. And, I tell you the truth, Jerry can still play, but he can’t sing anymore. It’s really terrible. I felt so bad, but I think it’s time for him to sort of –

Legs: Pack it in?

Robert Gordon: Yeah. Hang it up, you know? Because he’s not looking good. They get him to the stage in a wheelchair.

Robert Gordon: So it was really kinda sad.

Legs: Yeah, I saw Chuck Berry right before he passed in St. Louis, and then he was gone …

Legs: And he couldn’t even remember the words. But it didn’t matter, it was Chuck fuckin’ Berry, you know? I mean, at ninety, he’s onstage and he releases a new album? I mean, God bless him!

Robert Gordon: But you know, there aren’t too many left. We’re the keepers of the flame now!

Bill Moser: Legs, Chris has got fifteen minutes if you want to talk to him about something….

Legs: Oh, okay. Chris, do you want to talk about the Sex Pistols? What did they do? I want it official from you. Did you play on the Sex Pistols record?

Bill Moser: It’s your chance to set it straight.

Chris Spedding: I produced the demos that got them their deal with EMI.

Legs: How were they to work with?

Chris Spedding: Oh, they were good.

Legs: They were good?

Bill Moser: They were cunts.

Chris Spedding: Professional. They reminded me of Robert.

Robert Gordon: You heard what happened with Sid Vicious, don’t ya? When I was working with Link Wray?

Legs: No, what happened?

Robert Gordon: Link was a sweetheart. You knew him, you know that.

Legs: Yeah, he was a great guy.

Robert Gordon: But he was also kind of a redneck guy. He really was! For real!

Robert Gordon: And Sid Vicious started badmouthing Bob Dylan in the dressing room, and Link didn’t like that for some reason, and he pulled out a knife. Cornered Sid, and you know, I sorta had to break it up.

Robert Gordon: Yeah, swear to God! And that was our Sid Vicious story! I was a bit shocked myself!

Rob Stoner: Then we all went back to Bob Dylan’s hotel room, and he pitched Robert tunes.

Robert Gordon: Oh yeah, that was amazing. You heard about that?

Robert Gordon: When we were in Europe the first time, me and Link; Bob Dylan came to the show and took us back to his hotel. And he was pitching nine new songs to me, and at that time, I was so narrow-minded, I was saying, “Err, next, err, next,” like an idiot. I didn’t take any of ’em!

Robert Gordon: In retrospect, there was one I really wanted.

Legs: What was it?

Robert Gordon: I can’t remember, dude. It was so long ago. Rob was there.

Legs: Yeah? What did you say, Rob? “Robert, do the fuckin’ Dylan songs!”

Robert Gordon: Well, Rob knew him before I did. 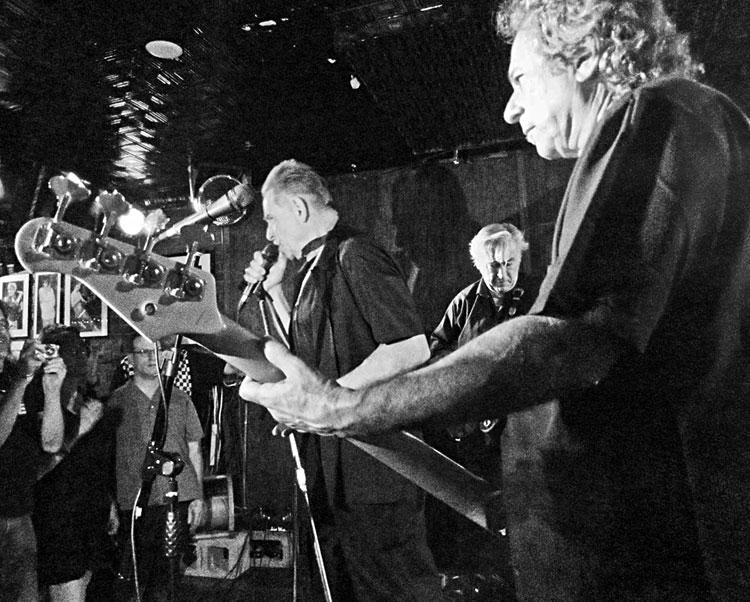 Rob Stoner: Bob had just stopped working with me. And so he came to our show, because he liked R.G.’s music. And R.G.’s band has been, at times, the farm team for Bob Dylan’s band.

Rob Stoner: Really! The farm team, so Bob was always looking to steal players from R.G. And wanting to see who R.G. had in the band …

Robert Gordon: And of course Tony Garnier’s with him– for how many years? Good lord!

Rob Stoner: For like thirty years or something? Twenty years?

Legs: Rob, how was it working with Bob Dylan?

Rob Stoner: Bob seemed like he could put an effort into getting down to your level, and being like an ordinary person. But every so often you’re reminded of the fact that he’s Bob fucking Dylan. 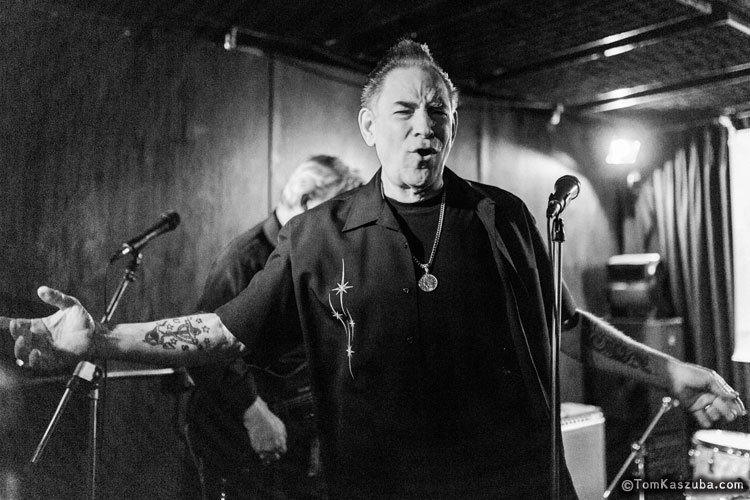 Legs: Ha, ha, ha! Back to you, Chris. So, you produced the Sex Pistols demos, and then they got a deal? Did they just go and plug into your amp?

Chris Spedding: Yes, they did use my amp. And Glenn did. The bass amp.

Legs: And they left the levels all at your levels? So the guitar sounded like yours, didn’t they?

Chris Spedding: It’s just my amp. My amp has a certain sound to it, I guess. So a lot of people thought it was me on the demos. But, uh, no, I didn’t have to play. I wouldn’t have been interested in working with them if their guitar player was so terrible that I had to replace all his parts.

Legs: What did you think of their guitarist, Steve Jones?

Chris Spedding: Yeah, Steve Jones, I liked him. That’s part of the reason I got involved with them.

Legs: Do you still talk to Steve? Are you still friends with him?

Chris Spedding: Yeah, I went on his show, the Jukebox. I worked with Paul Cook, the drummer. And Glenn Matlock, the bass player I still work with. I hooked up with Lydon the other day. He was playing a festival at the same time as me.

Legs: Well, thank you so much. I appreciate it. Should we get out of here?

Legs: No? We should stay here?

Robert Gordon: You don’t have to leave, man. We ain’t doin’ any drugs in here or nothin’. We don’t do any of that shit anymore!

Legs McNeil is the guy who named a movement, and then told the true story of how that movement came to be in PLEASE KILL ME; THE UNCENSORED ORAL HISTORY OF PUNK, among several other books.

INTRODUCTION TO MY COURSE:
ZEN AND THE ART OF THE NARRATIVE ORAL HISTORY

Too long has the Oral History format been thought of as the bastard child of literature; assumed to be a “cut and paste” job for hack writers looking to make an easy buck. In other words, the bottom of the prose barrel. But when the art of the narrative oral history is mastered, it can transform the written spoken word by primary subjects—people who were in the room when the event occurred—into actually experiencing the event being described, with all the human emotion, even more so than the traditional omnipotent narrator.