Adam Parfrey founded Feral House in 1989 and died in 2018– though it continues to publish innovative, unexpected and thought-provoking nonfiction — inspiring films and cultural trends; exposing crime, malfeasance and stupidity; and celebrating artists and thinkers overlooked by popular media. Feral House and sister press Process Media are Headquartered in Port Townsend, WA., where they remain publishers of topics of esoteric interests and distinctive voices– a rather formidable force in independent publishing and often the first and definitive source for documenting cultural movements.

I don’t intend this to be a detailed biography of Adam but an insight into the man who built Feral House—rightly recognized as a leader in independent publishing. A company that reflected Adam’s wide-ranging tastes in art, culture, and politics. He moved to New York City by the early 1980s after a stint in San Francisco to work in traditional publishing and later at the legendary Strand Bookstore. He supplemented his income by dumpster diving used books that he would resell. In the avant-garde book community in NYC, he found fellow punks, artists, and writers who shared his aesthetic—that American culture was already in its post-apocalyptic demise. And that the myth of America—the shined-up idea of happy families and blasé “normalness”—needed to be blown apart. 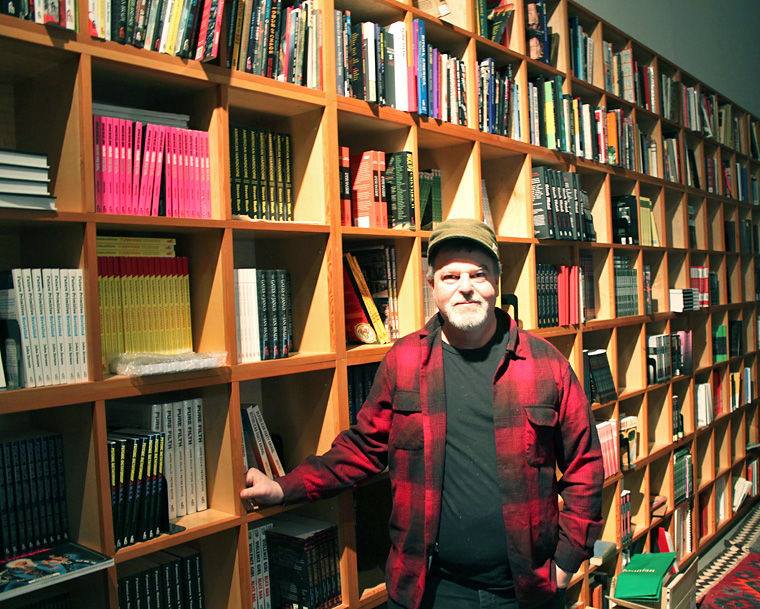 Adam found the vehicle for that destruction in his early publishing projects, first IDEA Magazine in San Francisco and then NEXT Magazine in partnership with George Petros, and then AMOK Press with Ken Sweazy in 1987. AMOK’s first books—an English translation of a novel by Nazi propagandist Joseph Goebbels, titled Michael, and William Burroughs’ favorite all time book, You Can’t Win, by Jack Black, but the first iteration of Apocalypse Culture was the backbone of what became Feral House. Apocalypse Culture collected the most incendiary and radical ideas about culture, politics, and religion and released it upon unsuspecting readers. The book has endured as a seminal title in the Feral House catalog and is cited as “the book” that opened their minds to alternative viewpoints. It remains and will remain in print for as long as Feral House exists.

Feral House was officially launched with the republication of Apocalypse Culture when Adam moved back to Los Angeles in 1989. He began his “HelLA” column for the San Diego Reader and contributed to Hustler and Penthouse Magazines. Adam loved tweaking ideas about American notions of history by resurrecting lost texts that highlighted outlaws and outsiders. He continually sought to expose the absurdity of American culture. 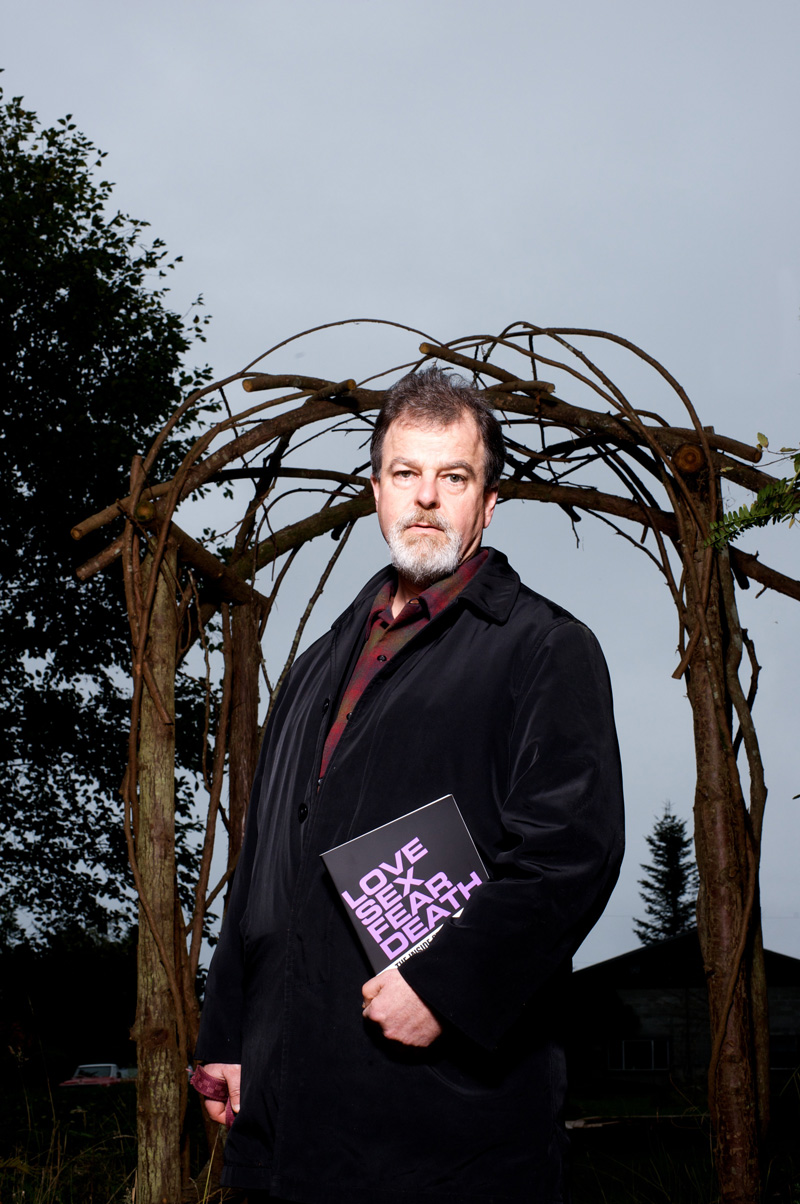 Feral House’s first original title was the new edition of Anton LaVey’s The Satanic Witch. Anton saw in Adam a similar sense of carny humor and disdain for mainstream culture. Adam thought it funny that the “normies” labeled Anton’s writing and lifestyle as evil; to Adam, evil was much more horrible and banal—the wholesale killing of never-ending wars and despotic corporations that profited off misery.

During the 1990s, Adam spent time in Portland, Oregon, and met artists and writers active in the burgeoning ‘zine culture. Adam was informed by punk/D.I.Y. and saw the importance of bringing some of the more transgressive voices to a larger reading audience. And it pains me to have to type out these words, yet I must. Adam believed many things, but he was not a Nazi, nor was he a fascist. He would do and say things to provoke a reaction, often for the sheer joy of discomfiting people. The very nature of transgressive art is that it transgresses against norms specific to the era and/or to a cultural movement. Early punk culture in the UK and lesser in the US adopted Nazi-era regalia not as an embrace of fascism but in opposition to middle-class bourgeois ideas. Feral House publishes controversial books not because Adam (or Jessica and myself today) condone a specific ideology but because one must wrestle with contrary notions in the pursuit of true cultural literacy.

Adam kicked opiate addiction in 2003 with the help of ibogaine. He spoke movingly about the experience and how “King Ibogaine” revealed truths he had otherwise obliterated with drugs. Astute Feral House fans will notice that post-ibogaine, Adam published titles that, of course, have become iconic but also set the tone for what Feral House would be for the coming decades. Feral House books reflect Adam’s long-standing interest in outsider culture and his maturing interests in avant-garde music and art and its creators, politics, Hollywood and film history, stories of unique life experiences, and independent investigative journalism. Again, to be clear, Adam didn’t necessarily believe in every investigative theory that crossed the threshold but knew, like many of us, that much was omitted and obscured by the official story as written by the American government. And as much as he reviled the stupidity of the general public, he held the belief that people seeking the information Feral House published were able to comprehend the material, maybe even meta-meaning of it. 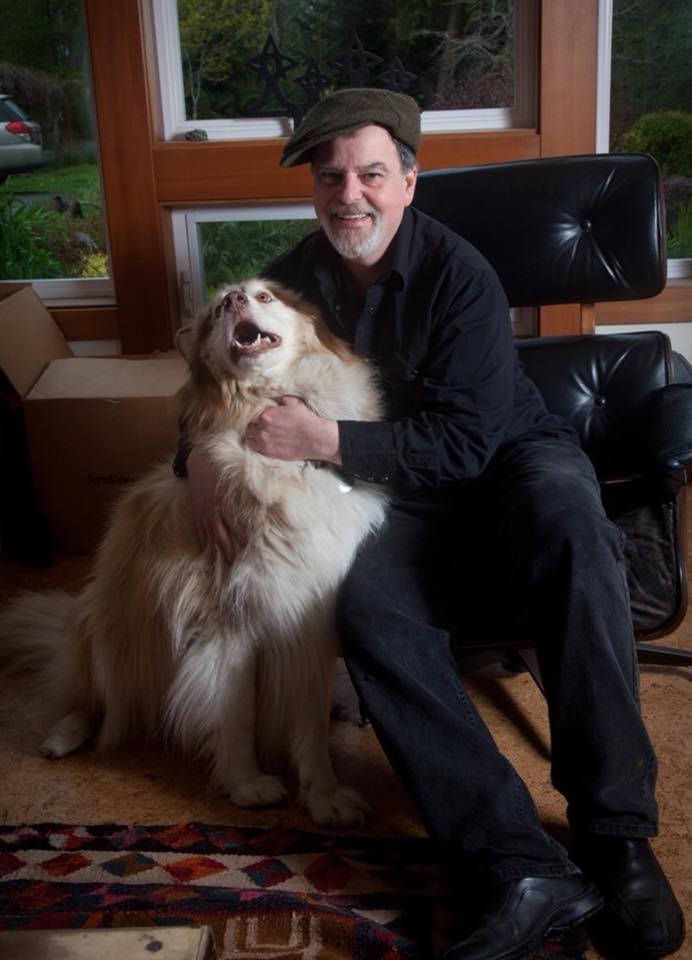 Oh, how Adam HATED being described as “edgy,” or “satanic,” or any other lazy adjective journalists and fans used. By the mid-2000s, the body of work published by Feral House encompassed a variety of topics and perspectives. Adam’s growing interest in climate conservation and hermeticism led to Feral House’s Process Media imprint and the Process Self-Reliance series. (Process was co-founded by Adam’s then-wife, Jodi Wille and has been run solely by Feral since 2011.) He moved from Los Angeles to the small, Olympic Peninsula town of Port Townsend, Washington. And he kept publishing books. He maintained contact with friends from New York, Portland, and Los Angeles while making new ones in Seattle and throughout the country. He was always interested in new ideas. But, like a good publisher should do, he also indulged his personal tastes. At the end of his life, he was so proud to publish the English language edition of Francoise Hardy’s memoir; The Despair of Monkeys and Other Trifles, 2018). He traveled to Paris to meet with Ms. Hardy—whom he adored in a most adolescent fanboy way—and was charmed. And in an excellent example of his loyalty and generosity, asked her to inscribe a note to myself and three other people who were working on her book.

People often ask me what it was like working for and with Adam. It is a tricky question to answer. He was a merciless tease who, if he uncovered a personal weakness, would savage you for it. Yet, if he accepted you as a peer or had earned his respect, you could humorously push back and make him laugh. 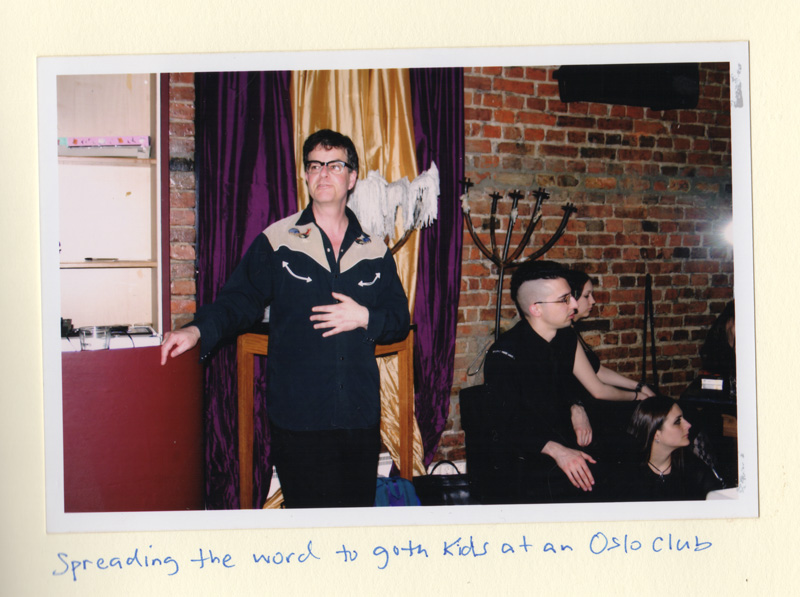 In 2015, we sat on a park bench overlooking the Hudson River on an abnormally warm day in May in between god-awful meetings with Feral House’s distributor. We lazily spent an hour taking in the sun and talking about our fathers’ respective combat experiences—his dad had fought in the European theater during World War Two and was captured during the Battle of the Bulge, and mine was a decorated combat medic during the early years of the Viet Nam War. We understood each other a little better that day. Our fathers’ shared experience of the lie of the United States had outsized influence on both of us.

Say what you want about the late-Boomer/early-GenXers, but our skepticism and nihilism came to us quite naturally because we lived the cognitive dissonance that is America. I believe that Adam and Feral House’s work from the very beginning and up to today tells the stories that shatter the veneer of righteousness and respectability.

Feral House and Process Media was and is a family business, family by blood and love. Adam’s sister Jessica is now Publisher. She worked with Adam for decades, first in Los Angeles and later when he followed her to Port Townsend, Washington. Adam’s personality was larger than life, but Jessica was the quiet power “behind the scenes,” ensuring the company ran smoothly and continues to do so. People had their doubts that Feral would survive Adam’s passing, (yes, we heard you naysayers, misogynists, and assorted jerks talk shit.) The people who worked with Adam since the nineties continue to work with us today, Laura Smith, Sean Tejaratchi, Jacob Covey, and Bill Smith are instrumental in their contributions to Feral House. I work closely with Jessica to ensure that we continue to produce high-quality books on interesting (and sometimes outré) topics…and cajole others to write about our books. We’re also bringing in new writers, editors, and designers who understand that Feral’s work should and must continue. 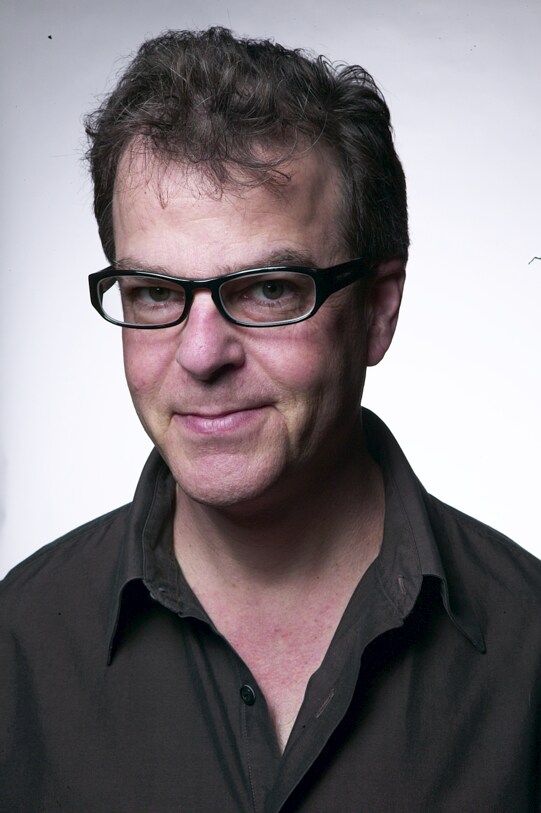 Feral House in 2022, four years after Adam’s death, is very much the same as it was in 1989. We remain curious about culture, politics, and fascinating stories of lives both well-lived and improbable. We still abhor cultural stupidity and political artifice. We believe, as Adam did, that absurdism, humor, and art have long-lasting impact. And that sometimes readers need to be shocked out of their complacency.