Watching this was like watching someone herding cats. Live streaming this is not the way to go as there are a boat load of security trying to steer the attendees around the red carpet. In addition there are what can only be referred to as “Dress Wranglers” moving overdone, ridiculous trains around after every turn and step. 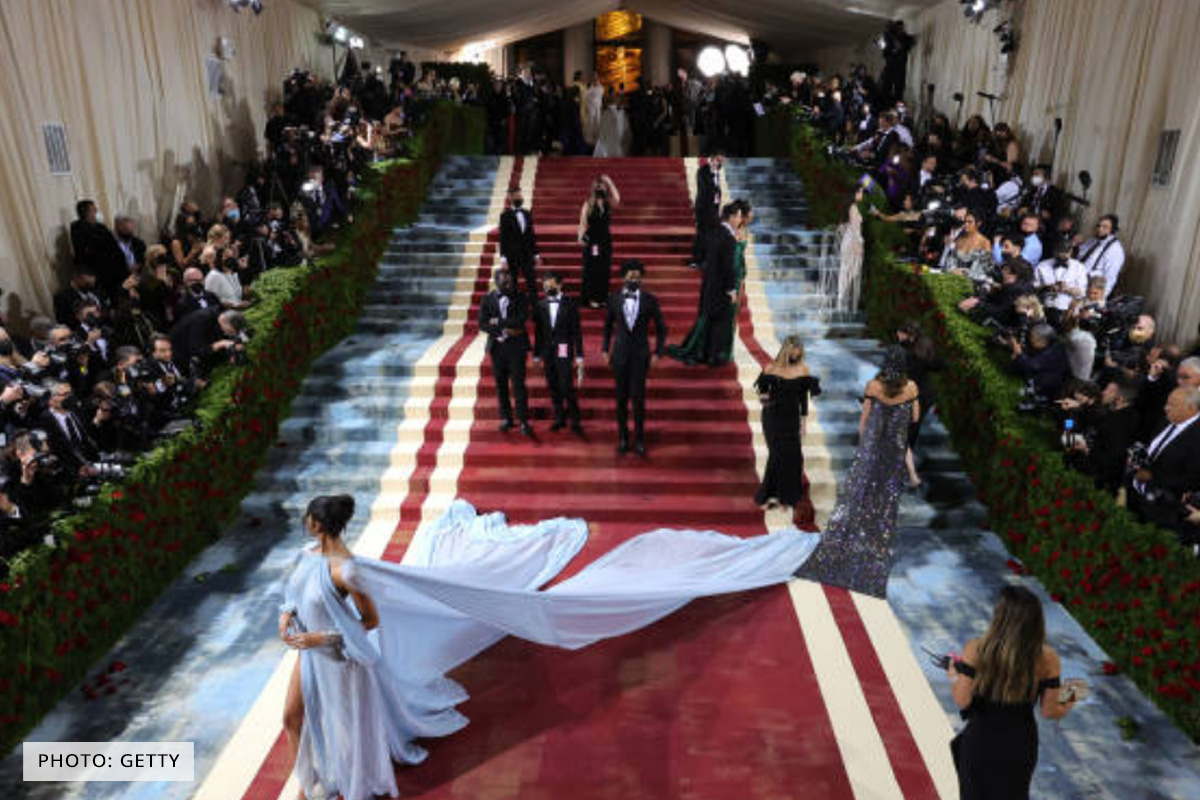 The following are my favorites for their nod to the rakish and the brave.

Questlove: Wore an oversize tailored coat to honor Andre Leon Talley and a quilted vest made by Gee’s Bend Quilters in Georgia. 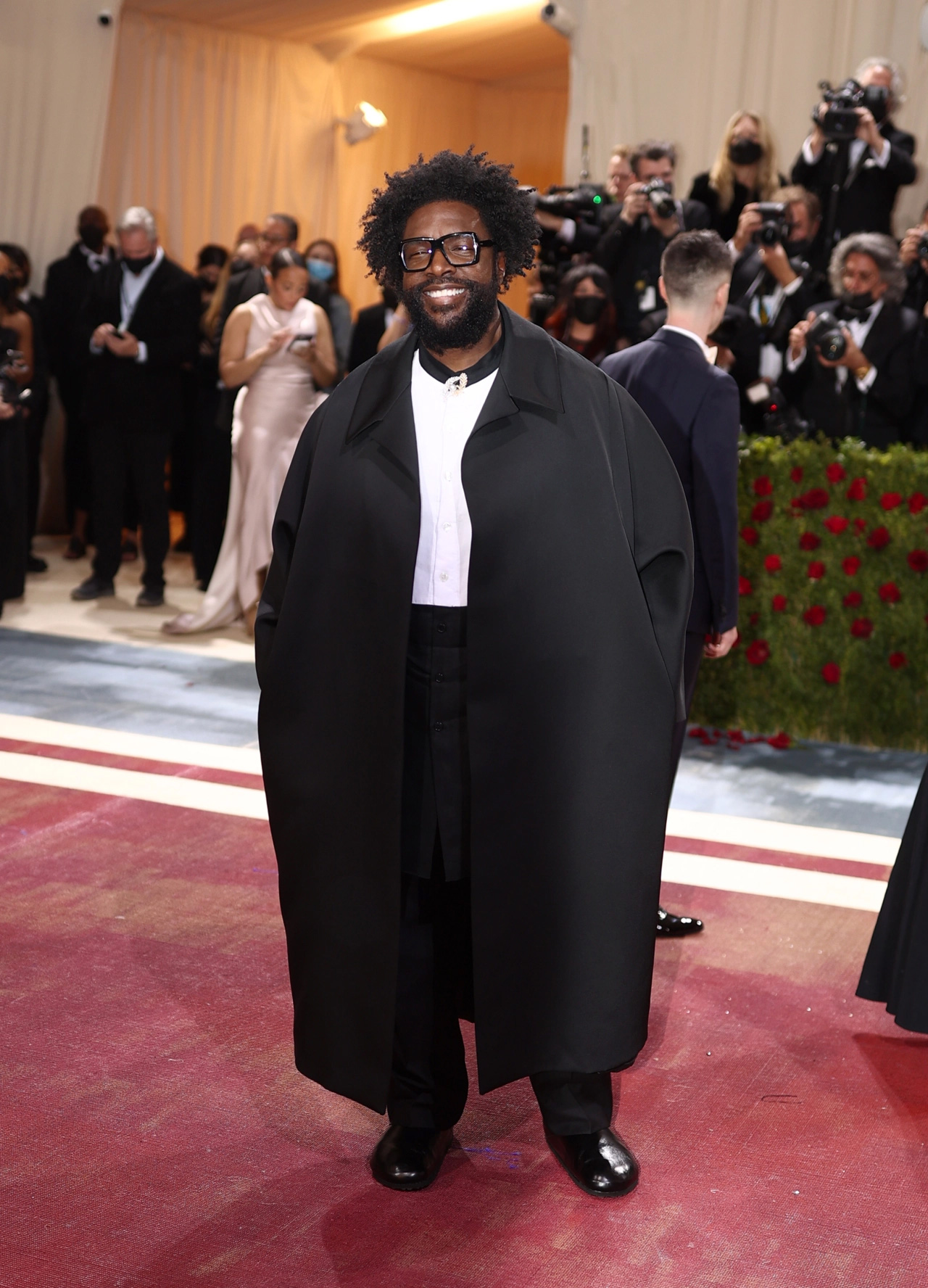 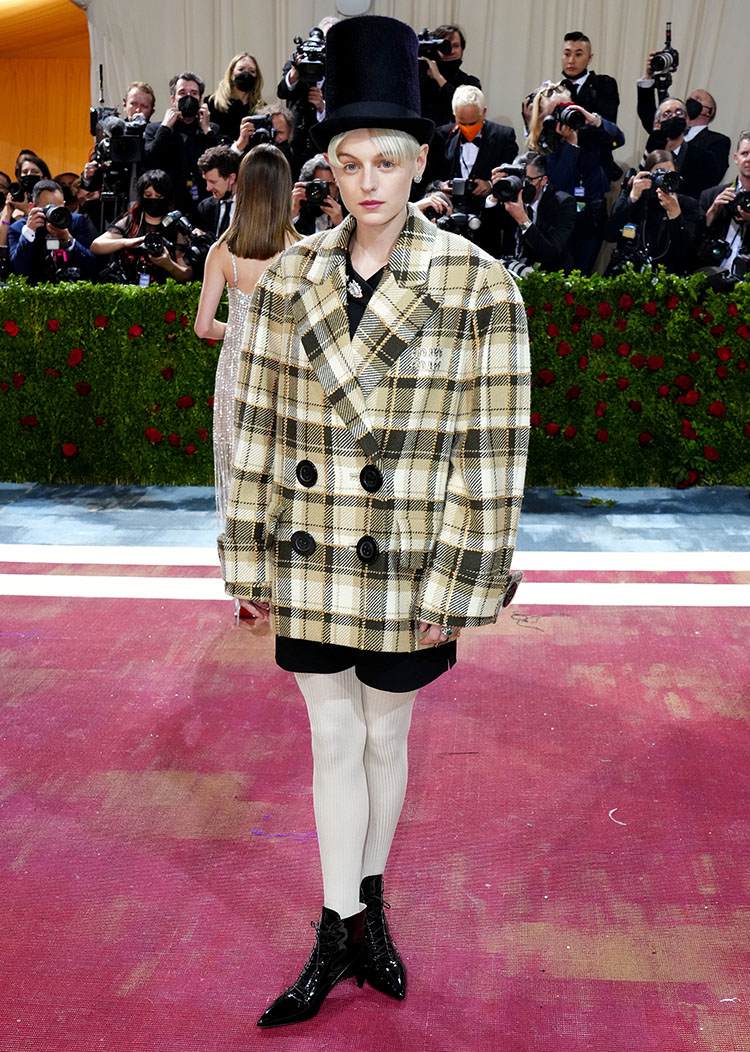 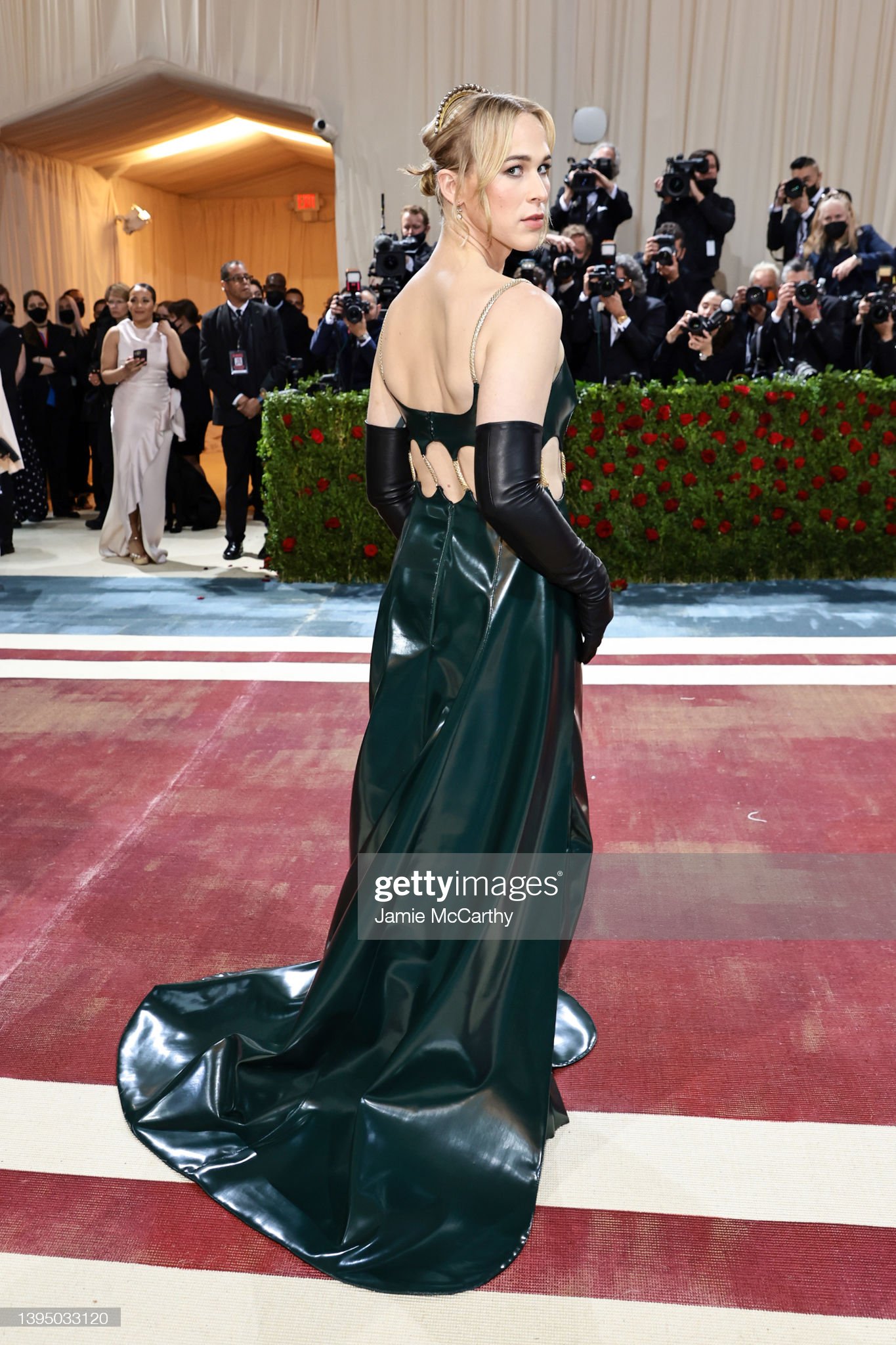 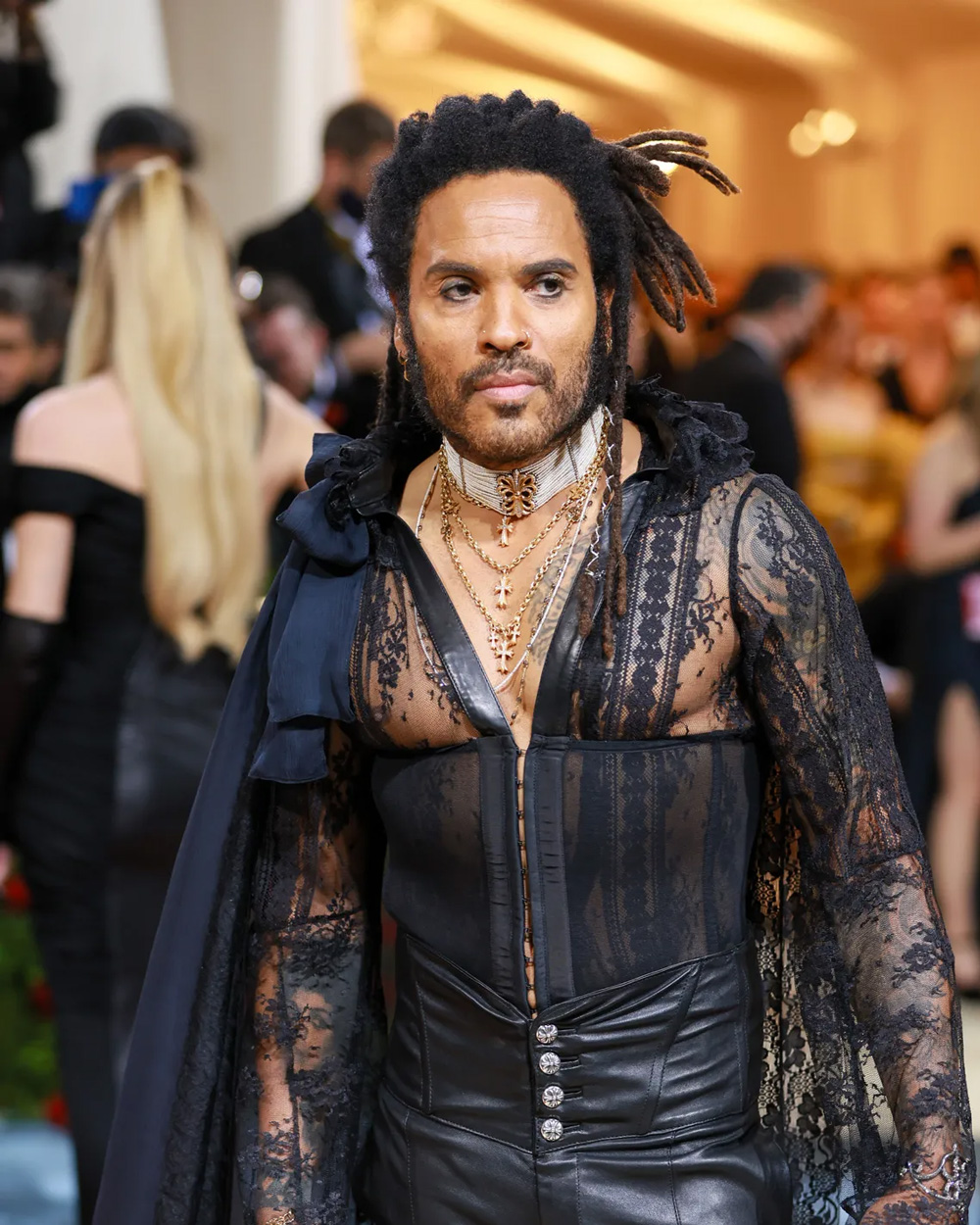 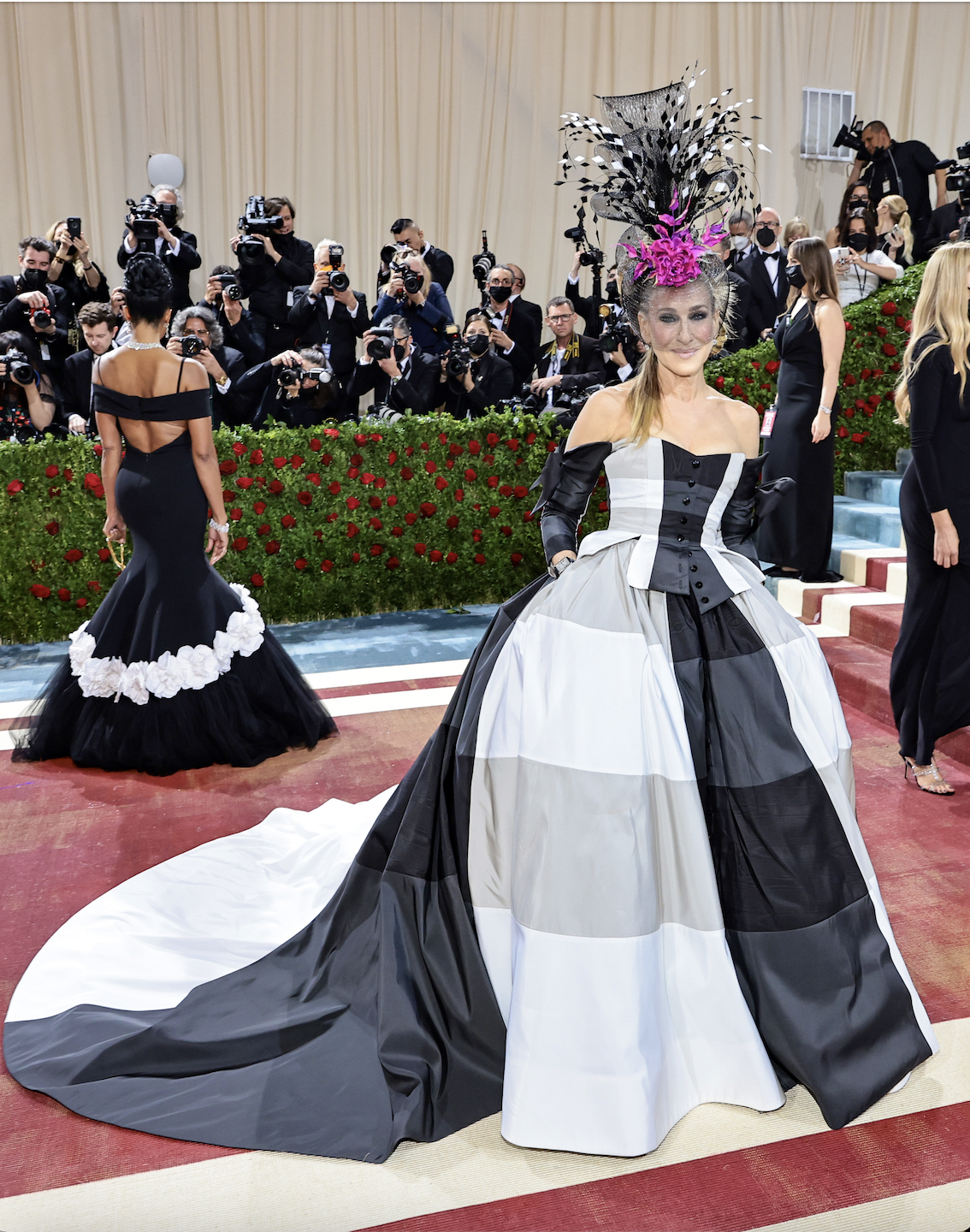 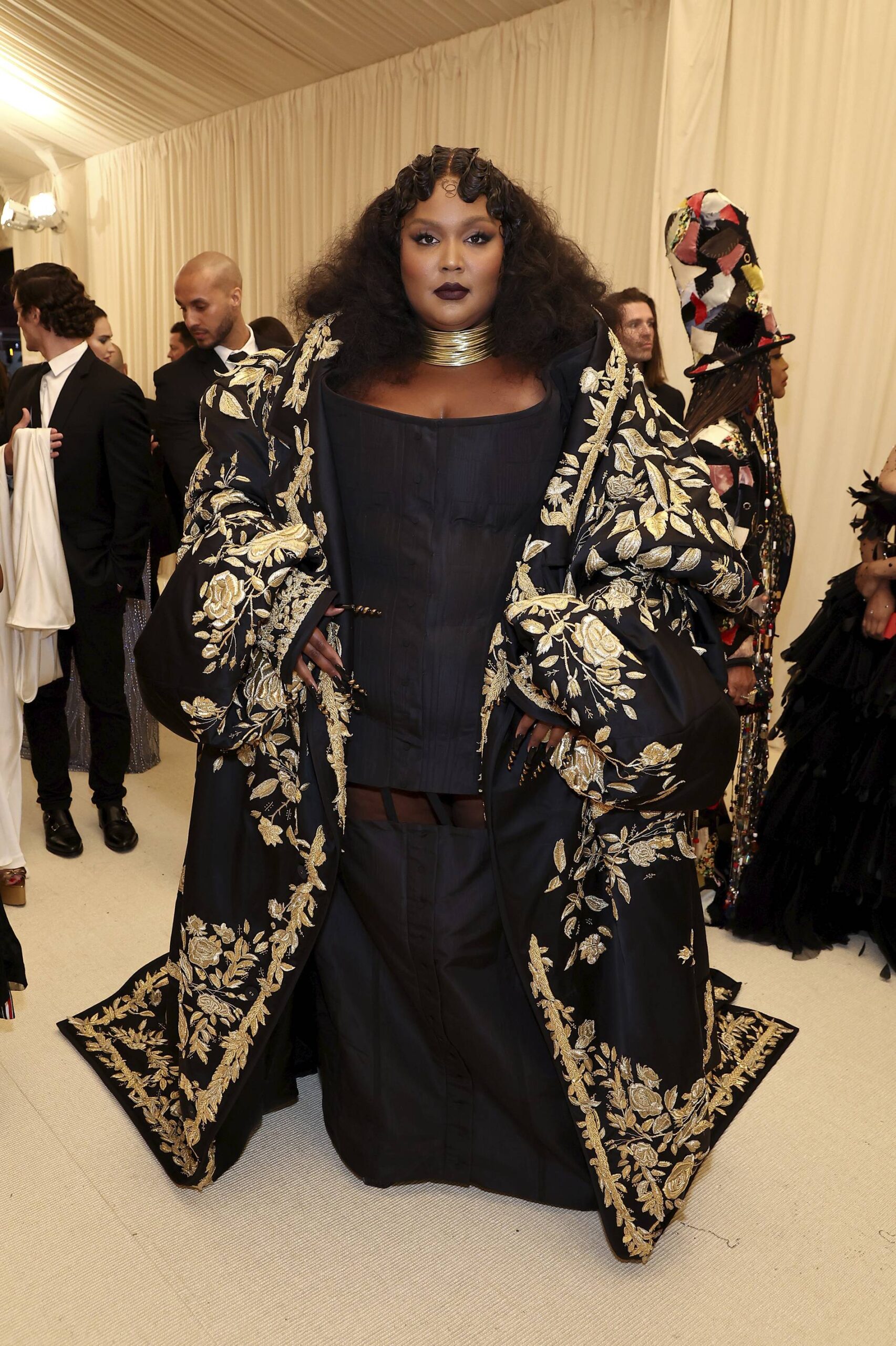 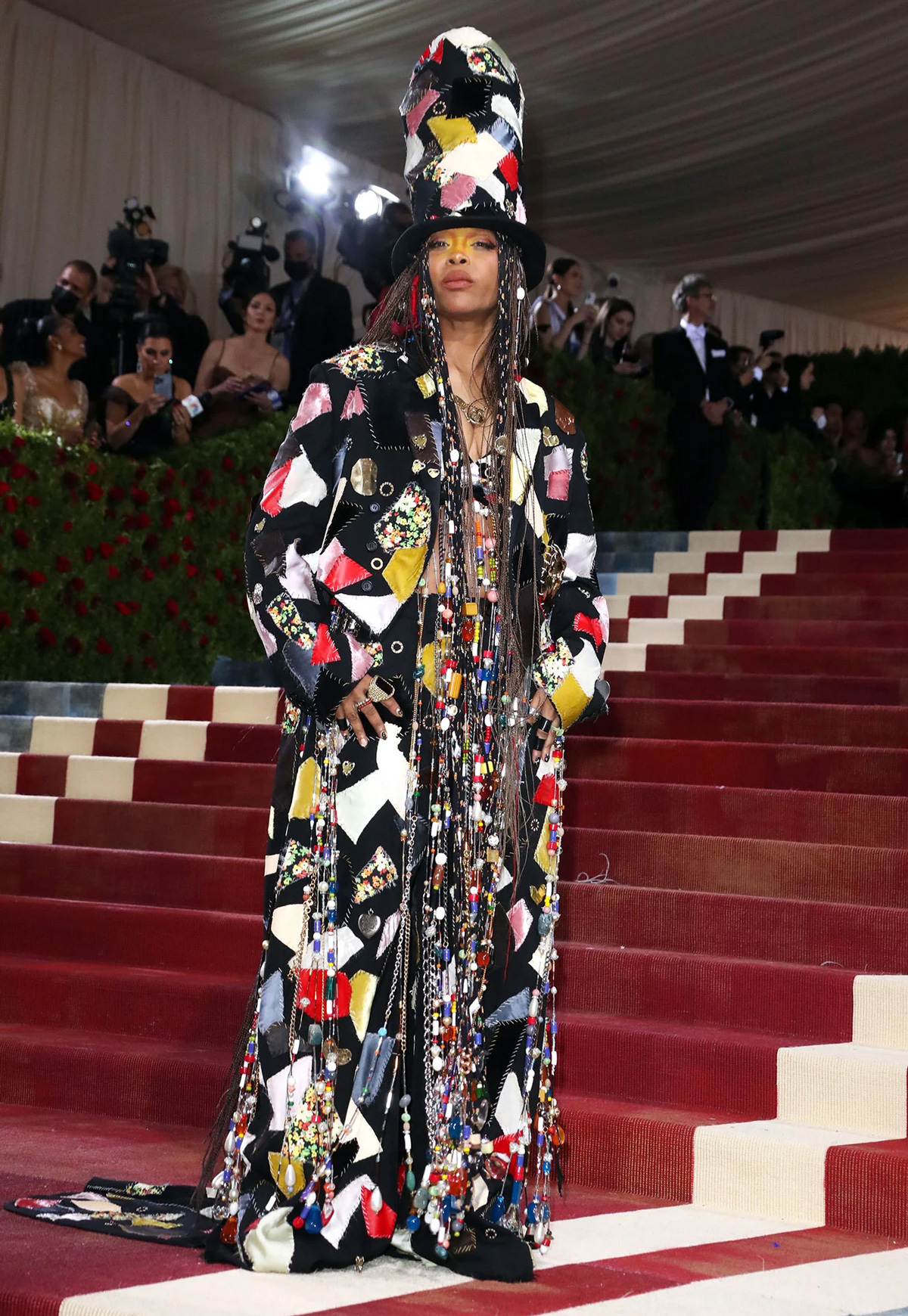 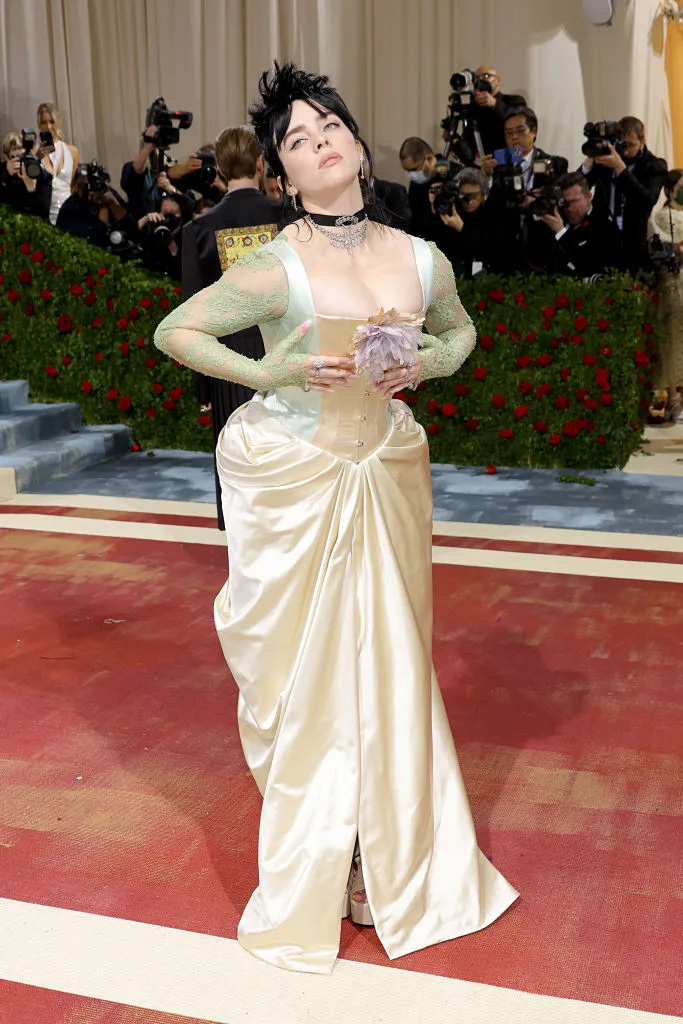 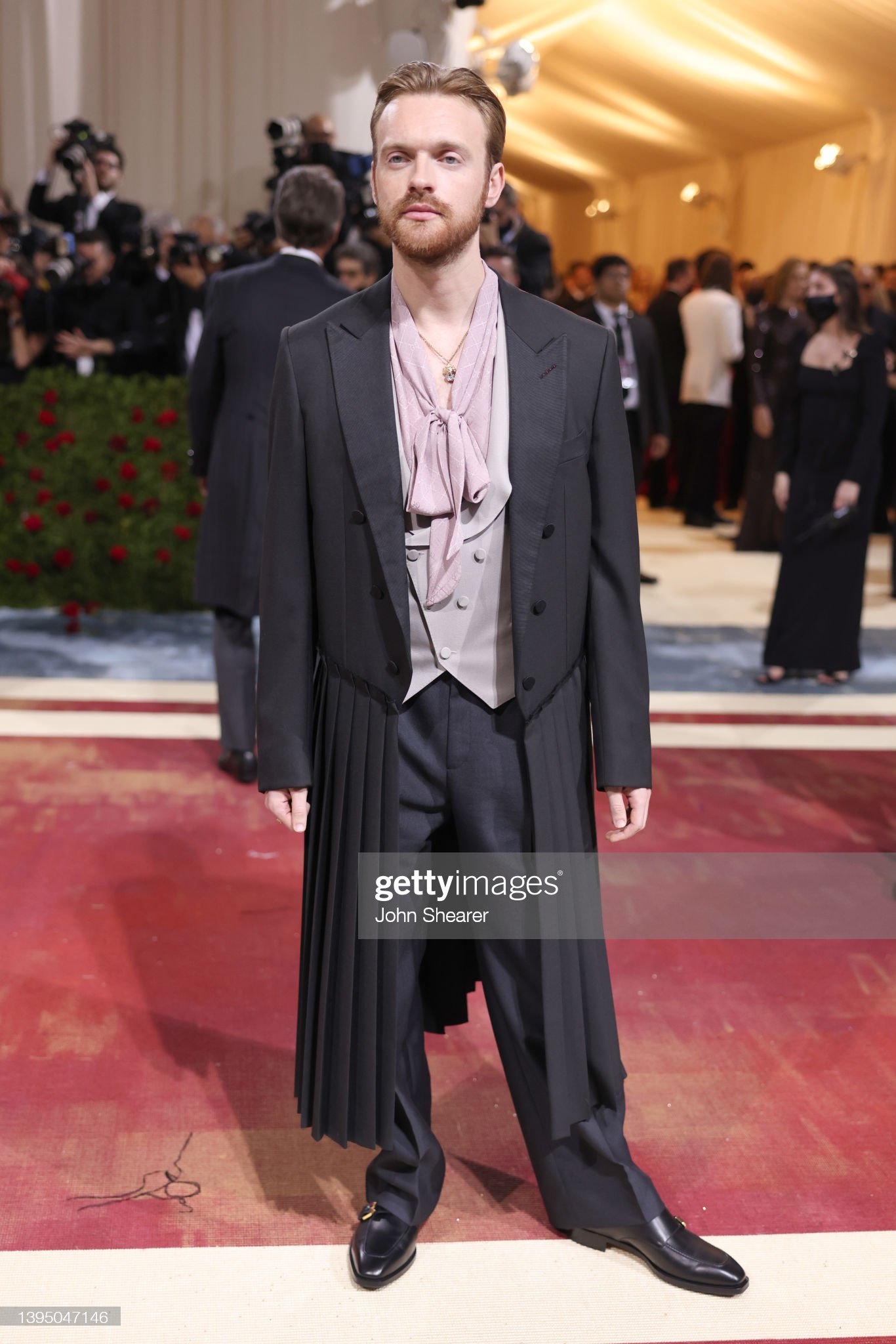 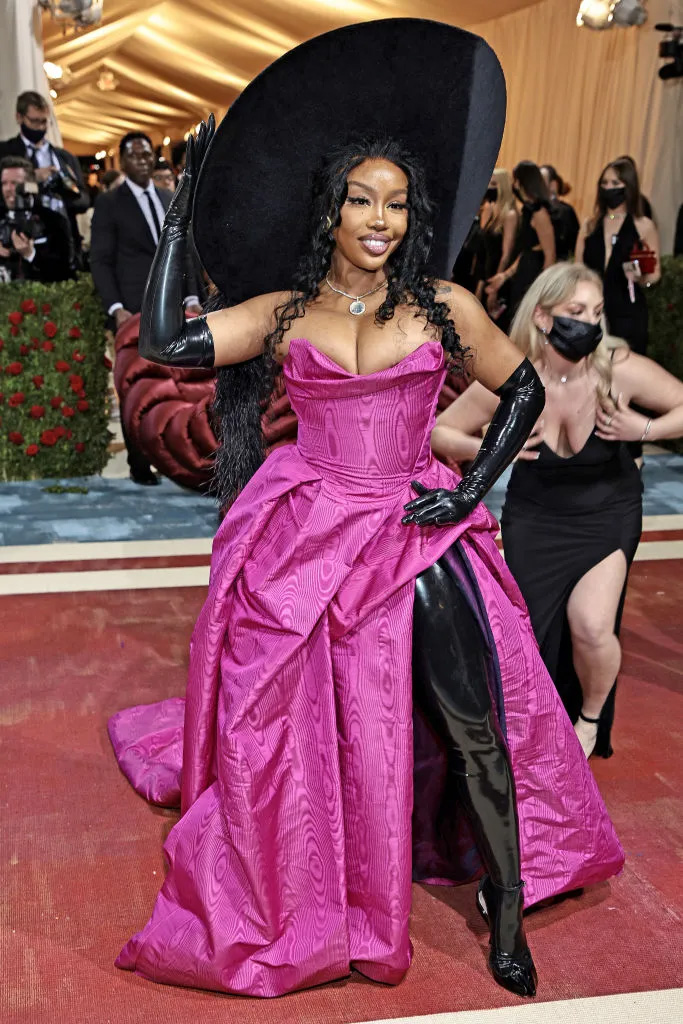 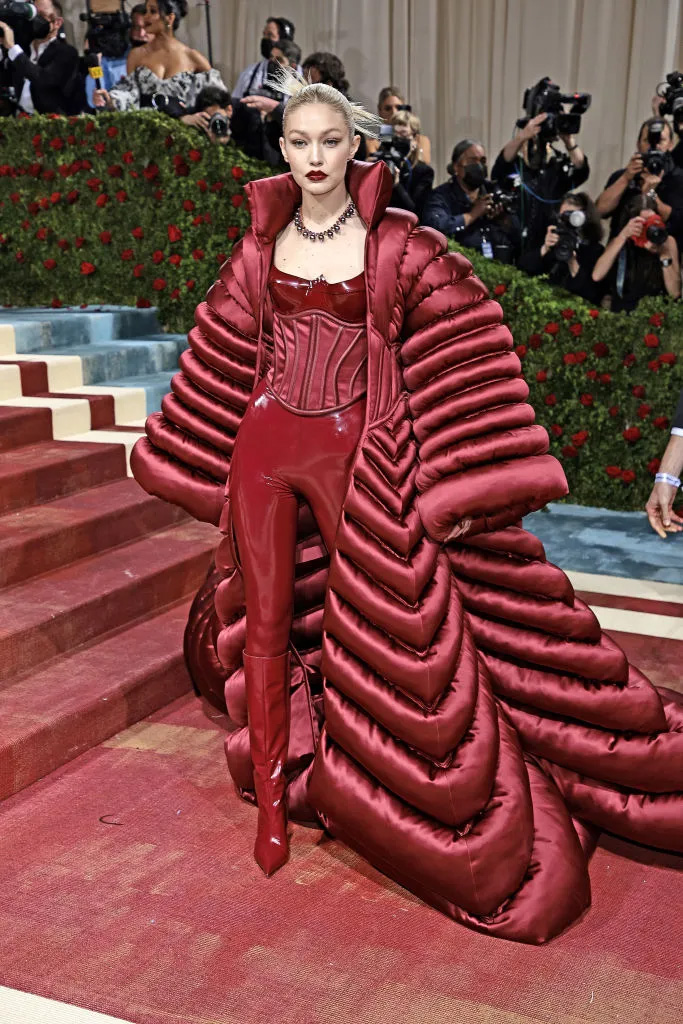 It’s not an awards show. It is a big nod to fashion. Most really bring it to the red carpet to best of their abilities. Designers get to loosen the reigns of having to sell something on the runway and play in an unbridled realm.

When I saw Kris Jenner I was struck by how elegant she looked. She was giving me a Jackie Kennedy vibe. When Kim showed up in the famous dress by Jean Louis that Marilyn Monroe wore to sing Happy Birthday to JFK, the irony was not lost on me.

It was a great night for the swells of New York. The comment was often made that people were happy to see one another blah, blah, blah. Other than that, get yourself to Met and see the exhibits that are the American Anthology. I’m sure it will impress you more than the live stream.