CANDY: DON’T MESS WITH THE REAL BORED HOUSEWIVES OF TEXAS 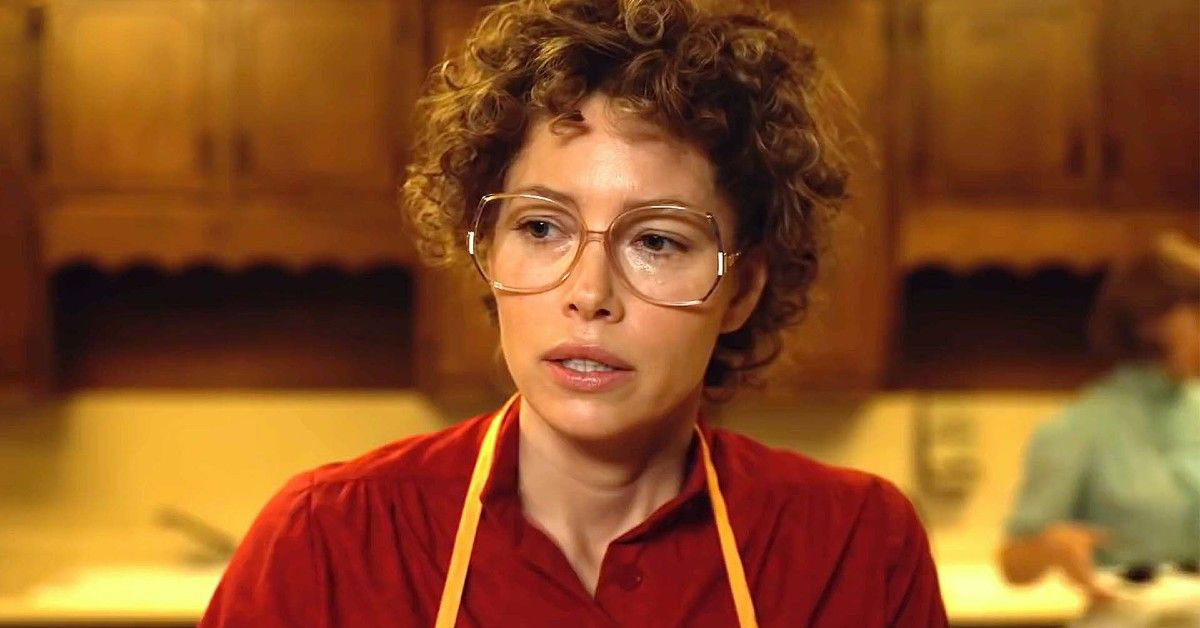 Hulu features the shocking true story of home-wrecking axe murderer Candy Montgomery in a suburban Texas town back in 1980.

When you think of an axe murderer what vision comes to mind? I bet it isn’t a frail, Christian mother wearing oversized glasses and a tight perm. This is why Hulu’s series, Candy, intrigues us so much. Based on the true story of Candy Montgomery (played by Jessica Biel), a suburban mom from Wylie, Texas who killed her lover’s wife by hitting her 41 times with an axe. Shockingly, Candy got away with it claiming self-defense.

The victim was Betty Gore (played by Melanie Lynskey), a chunky school teacher who felt unsatisfied in her work and relationship. Her husband Allan wasn’t sexually attentive and work consumed him. Betty didn’t have many friends, so when Candy befriended her at church, she felt finally accepted in town. Candy even hosted a baby shower for Betty while secretly sleeping with her husband in sleazy motel rooms.

The affair started in 1978 after a sweaty volleyball game brought Candy’s fantasies over the edge. Allan bumped into her and Candy reportedly said his scent was sexy. He wasn’t very attractive in particular, the real Gore had a receding hairline and a pot belly while Candy’s submissive husband was trim with handsome, dark features. This isn’t about looks though, it’s about the need for excitement.

The stale relationships both Betty and Candy experienced with their partners are spotlighted in this series. The mundane tasks of carting the kids to preparing dinner, and keeping up with housework pull the viewer inside the insidious existence of suburban life. The routine dullness and personal dissatisfaction would drive many to cheat. Anything, to add a thrill in the mix. As they say, the grass is always greener… behind the neighbor’s picket fence.

A shrill soundtrack adds a unique tension to this drama. Unsettling instrumentals are coupled with AM Gold hits, dystopia beside utopia. The sets are a vintage lover’s dream: Avocado colored countertops, wicker peacock chairs, brown wood paneled walls and a taupe wall telephone with a slinky cord paint the precise setting of the time. The children were active and imaginative during play unlike today’s screen addicted children. Candy wears dark blue Jordache jeans that were all the rage in 1980. She drives the classic tan and brown station wagon that many of us remember from our childhoods. Betty sported an adorable pageboy haircut – very Johnny Ramone. Props to the set designers and wardrobe department for really knowing the time.

Early in the first episode we are given the ominous subtitle below a scene featuring Betty that said, “The day she died.”  We are then taken on the events of that day combined with flashbacks of the affair and subsequent marriage counseling that Betty and Allan partake in which ultimately ends the affair and leads Candy to homicide. The murder took place on Friday, June 13th,1980 while Allan was away on a business trip. Candy drives to Betty’s house to retrieve a swimsuit for Betty’s daughter who was spending the night. Candy claims Betty confronted her about the affair and attacked her with the axe first. There is also a trauma response defense. Betty shushed her during their fight, since her baby was sleeping. Candy gets a psychologist to claim that she snaps due to childhood trauma. Apparently, Candy’s mother quiets her while in pain as a young girl. Wildly, the court believes Candy’s defense. She never spent a night in jail. She divorced her husband four years later and moved to Georgia where she began working as a family therapist under her maiden name Wheeler.

It’s frightening that past trauma can be used as an excuse for murder. After all, most of us have trauma in one form or another, we don’t kill our friends. I think the fact that Candy was a woman, is what won her case. It was too unbelievable for the judge to believe she could be a psychopath. After all, women poison and they hire hitmen, they don’t muscle an axe and create a blood soaked, gory scene.

Watch Candy now on Hulu. The cast serves up award winning performances. An HBO version of Candy Montgomery’s story titled, Love and Death is due out sometime this year, but it will be hard to top this series. Either way, I’ll be tuning in.